“The social formation is the best that will ensure the greatest success for most people.” Bertolt Brecht, “On Success” [“Über Erfolg”], in: “Book of twists and turns” [“Me-ti - Buch der Wendungen”], written in the exile during the 1930s.

But where is the global and structural brutalisation of societies coming from? Why are the so-called elites pushing this destructive course of action?

One source of this socio-economic problem is the political idea that what is expensive must be good. Take an extreme case: not the necessity of medication decides who gets it but the price. Often a price that no one in a dire situation can afford. Usefulness to and the positive development of society do not determine what investments are made, but whether the return on these investments disproportionately benefits some select few. Personal gain is depicted as desirable, not productive and creative work. The necessity of a balanced public budget means deregulated financial markets, unsupervised and untaxed corporations, arms races, devaluation of work and the destruction of welfare programmes and solidarity. This attitude is harming the whole world. It also clarifies that the stubborn belief in corporate success and individual freedom taken to the extreme is poison to any society. The resurgence of the political extreme right is an indisputable warning.

Barbarianism as the coming victory of unscrupulous practices? This result is being contested ever stronger, making sustainable positive change possible. Everyone can influence this controversy positively. Sources are plentiful: enlightened education, socially aware science, philosophy, arts and every-day culture, human-orientated space for personal development, unionised action for purposeful and dignified work, political stringency regarding social reform, health and equality, solidarity against any form of discrimination, organised work for peace, international cooperation and disarmament, genuinely supporting social and ecological transition, aware of past and present conflicts and achievements. A better world is possible with solidarity.

United through our desire for a progressive world the „Bündnis für Aufklärung und Emanzipation (BAE!)“ is composed of members of ‚die LINKE‘, SPD, unions, the peace movement, refugee aid organisations, Antifa, motivated individuals, student representatives and eco-activists from around the world and from all sciences. We are about the entirety of society: No one should forgo opportunity. A clear decision.

Election of the Akademischer Senat (Academic Senat, AS)

The Academic Senat is the highest democratic body of the university. The AS influences the vote of the university's chair and discusses the basic questions of the university's developement. Following the reform of the law governing universities in Hamburg in 2014 the AS has regained more rights. The AS consists of 10 professors, 3 students, 3 scientific employees and 3 representatives of the support employees (techinicians, librarians and administrative employees). The student representatives are elected every year while all others are elected every two years.
The election is a postal vote. The documents will be sent to you including a paid-for self-addressed envelope.
If you have recieved no or inaccurate documents until January 7th you can get the correct documents from the university's electoral office. The documents must have reached the electoral office by January 21st, 2019 at 2pm. You will find the electoral office at Mittelweg 177, Room S4058, 20148 Hamburg.
Programme for the election of the Academic Senate in German and in English. 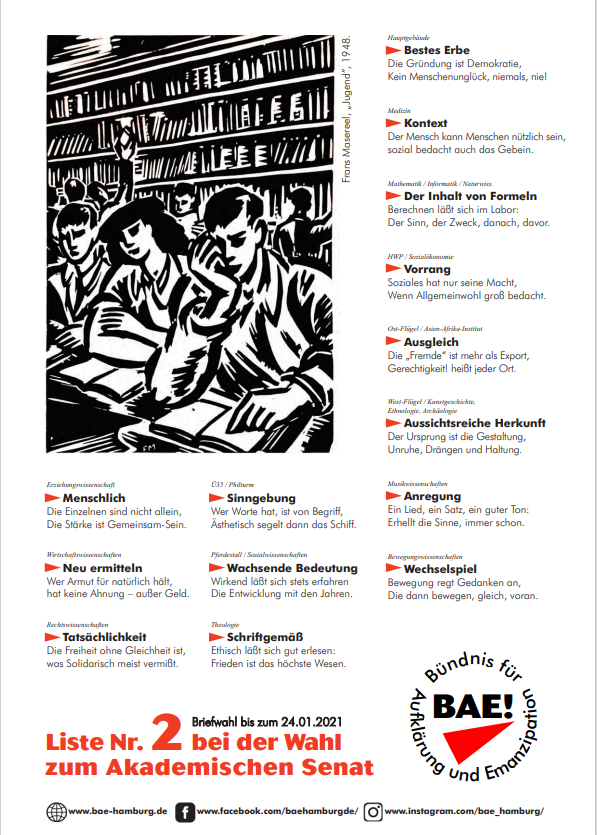 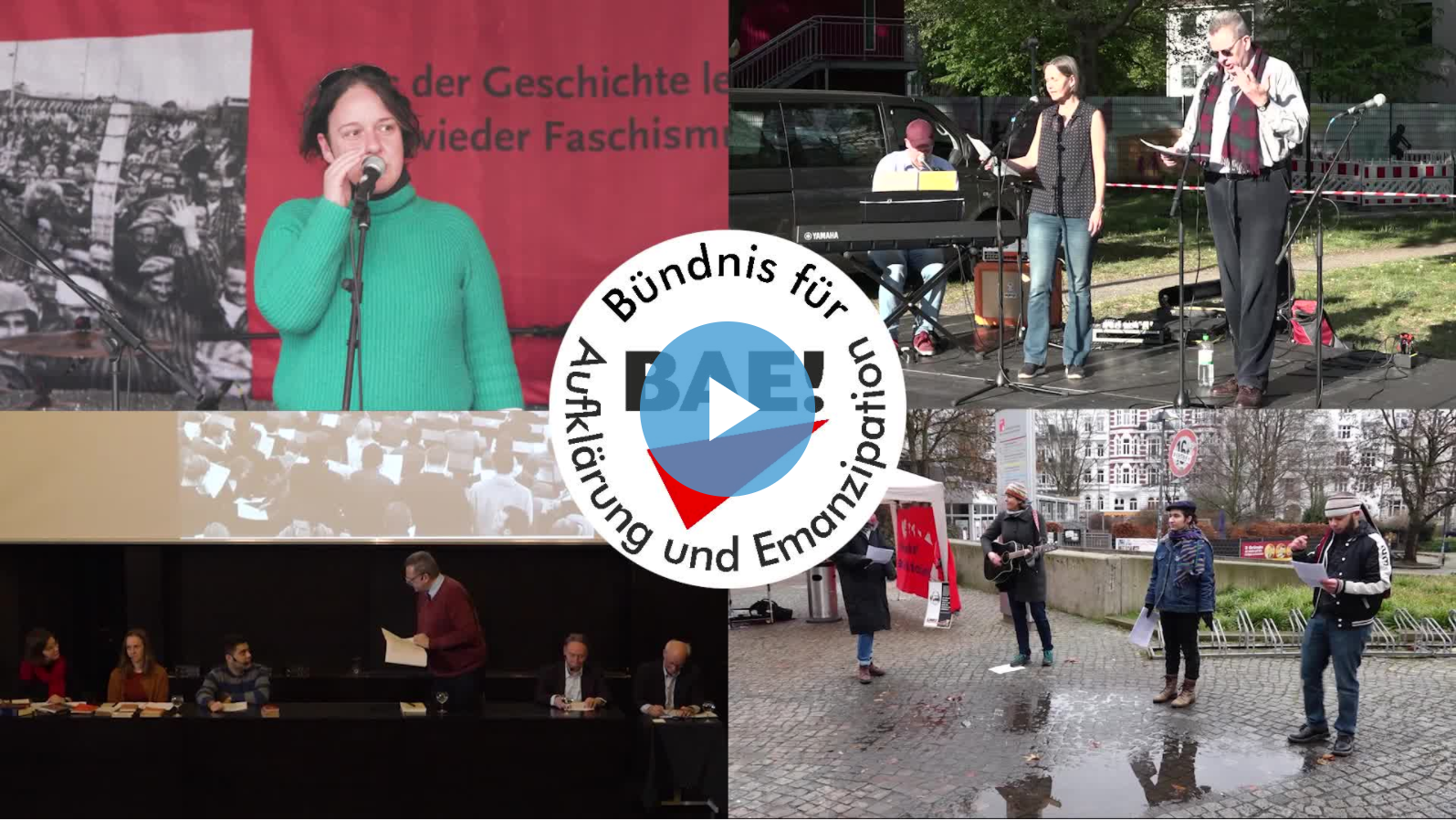